It doesn’t matter how intricate or well-planned the network plans are. If there are devices that are attached outdoors, they are susceptible to a lot of things including natural environmental elements such as snow, rain, too much sunlight, and even lightning. Over time, the devices can break down and stop from providing you with seamless Internet access.

The Ubiquiti Network company saw that and thus had come up with a very innovative but highly essential and well-though-out connectors known as ToughCable. This:

An electrostatic discharge is the electric current produced when two things generate electricity once it comes into contact. A perfect example is when lightning touches on a metal plate. All devices have the optimum electrical power, and the amount of current that reaches it should not go beyond the limit. Otherwise, it’s going to experience irreparable damage. ESD attacks can happen at any time and can hit antennas and dishes, among others. The ToughCable Connectors, however, avoid any kind of damage to them through their specially designed drain wires.

Cross-talks, in the broadest sense, are interferences often caused by twisted wires. They can disrupt the transmission of Internet signals, especially within networks and wirelessly, which then prevents you from making the most of your devices’ speed and strength. In order to prevent or drastically reduce crosstalk, the ToughCable connectors implement dividers that separate various wire pairs.

The ToughCable connectors have been truly designed of outdoors as they can combat different weather conditions even the harsh ones such as hurricanes and rain. This is because of the extra layer of shield added to the already tough set of connectors.

The ToughCable connectors help increase the speed and performance of your wireless signal and the effectiveness of your network. 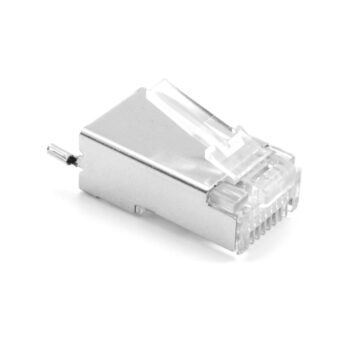